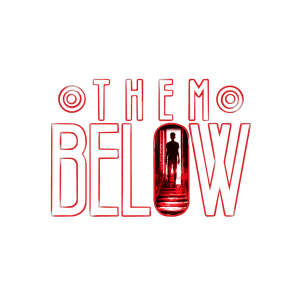 Throughout WW1, rationing meant that humans famished under the rarity of even the most basic of food. However, this took their toll, and primal instincts played its part in one particular hard-of-luck family after losing their home.

“The Draven’s” took to the underground web of tunnels and sewers below Croydon and while food became harder and harder to gather, this family found a better way to feast. Seeking those most vulnerable in Wandle Park, Henry (40) and Evelyn (36) would feast upon their flesh. Even the children, Charles (16) and Judith (14) would join in on the hunt.

On 15th September 1919, Henry and Evelyn embarked on their next routine hunt, which would turn out to be their last. Gregory Tobin (28) was walking through the park after attending “The Old Fox & Hounds” when he spotted them trying to attack. After making a narrow escape, Tobin alerted authorities at a nearby Police box.

A week later, both Henry and Evelyn were arrested by Police and sentenced to death by hanging, however, the children were yet to be found. From searching the tunnels, authorities knew a few items within were missing, but the whereabouts of Charles and Judith are still a mystery to this very day.

Every 10 years near Halloween, the spike of disappearances in the area increases, with little evidence or suspects coming to light. As Halloween draws closer this year, the list of people missing increases. A recent eye-witness claims that a human-like creature dragging something to a nearby basement, and it is up to you to uncover the truth. Will you survive, or will you be caught by “Them Below”.